In the age of streaming where you can summon any song, band or musical genre with the snap of a finger, the lingering presence of vinyl records seems odd – a fad embraced by hipsters, nostalgics and aging hippies alike. But the latest statistics from the Recording Industry Association of America (RIAA) show that the vinyl renaissance that began more than a decade ago has real staying power.

The vinyl era of the 1960s and 1970s peaked in 1978 with unit sales of 341 million and revenues of $2.5 billion before a steady decline that hit a low of $14 million in 2005. The following years brought modest but steady increases in LP sales, and by 2012 revenue had rebounded to $161 million with unit sales approaching 7 million.

The vinyl revival was launched.

LP sales continued to grow at an accelerated rate over the next decade, reaching an impressive, if not shocking, $1 billion by the end of 2021, accounting for nearly 7% of all LP revenue. music and 12% of total units sold with sales reaching up to 39.7 million albums. The move represented a staggering 67% increase in unit sales and 61% in revenue over 2020. And, keep in mind, those numbers say nothing about the bustling used vinyl market. I can walk or drive by Revilla Grooves and Gear any day and see several people – young and old – rummaging through meticulously curated and carefully selected bins of vintage vinyl for the store’s group of LP lovers.

As the RIAA indicates in its 2021 year-end analysis, the resurgence of vinyl record sales has been strong for 15 years with revenues increasing by 61% compared to 2020: “The last time that vinyl records topped $1 billion, that was in 1986.” (In case you were wondering, CDs are here, with revenue in 2021 growing 21% to $584 million, the first increase in year-over-year CD revenue since 2004.)

A flourishing market
To learn more about the current surge in vinyl record sales and what’s behind it, MusicWatch surveyed 1,400 consumers across the United States in March and found a booming market. the Revelations on the vinyl revolution A study announced last week found that 18 million consumers aged 13 and over bought records in 2021 and nearly three-quarters (71%) of those who bought vinyl in the past two years bought vinyl. new records while 67% bought used LPs.

All buyers were so enthusiastic about vinyl that all but 5% said they plan to continue buying the classical music format over the next 12 months. Appreciation of the “authenticity” and “warmth” of vinyl records is a key motivating factor for one in four (38%) of those who have purchased vinyl records for more than 10 years, while those who have started their vinyl journey more recently place greater value on the packaging and artwork of old and new albums. 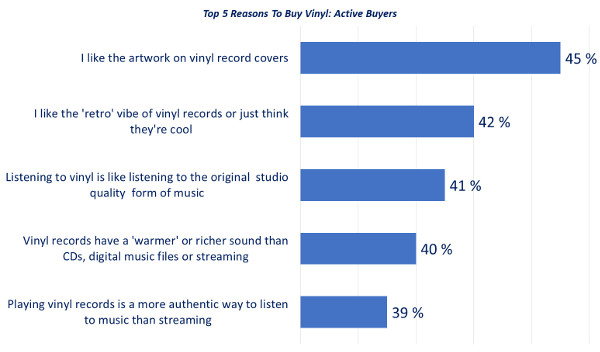 So why do record sales continue to grow, and more specifically, why have they increased so dramatically in 2021?

MusicWatch managing partner Russ Crupnick points to an attraction to vinyl among younger buyers that is helping to create a more diverse customer base that complements and extends beyond hardened vinyl veterans. Buyers between the ages of 13 and 44 make up two-thirds of record buyers and bring with them a desire to support artists and a strong appreciation for the special products they create for their fans.

“Fans see buying vinyl as a way to support artists” that transcends streaming or just listening to music, Crupnick explains. “Ownership of their work offers more support, with some buyers treating vinyl the same as a t-shirt – like merchandise to express their fanship.”

Crupnick also sees the potential for music streaming to boost vinyl sales, mimicking the role FM once played where you heard a song on the radio and went to buy the album. Young buyers’ desire to own a physical product is reinforced by a preference for current releases with a high value placed on artwork and packaging over sound, although sound is also important. In contrast, “the grizzled veterans are mostly sound and deep collections,” adds Crupnick. “There are many types of vinyl buyers.” 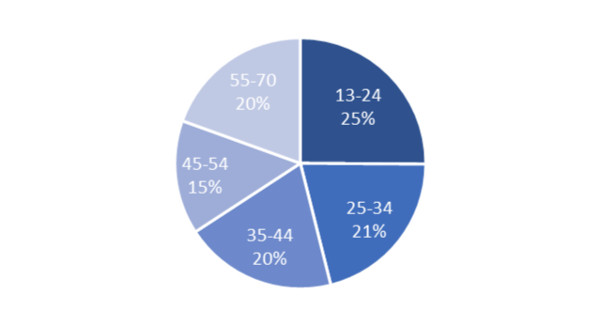 The study revealed that, far from being limited to vinyl, buyers are music lovers who take advantage of the latest streaming platforms. And the love of vinyl fuels a desire to enhance their listening experience. One in three respondents who own a turntable say they intend to upgrade their turntable or other audio equipment in the next 12 months.

“This research underscores the unique role that vinyl records play today,” observes RIAA CEO Mitch Glazier. “The report shows that vinyl helps fans support and connect with the artists and music they love in both old and new ways.”

The future of vinyl is bright. “There’s an appetite to expand vinyl collections,” says Crupnick. “Ownership” and “listening to albums” emerged as important concepts and research suggests latent demand among many non-buyers. All of which leads him to recommend that the music industry continue to focus and invest in the features that matter to the vinyl-buying public while maintaining a steady stream of new releases with compelling packaging from popular artists. .